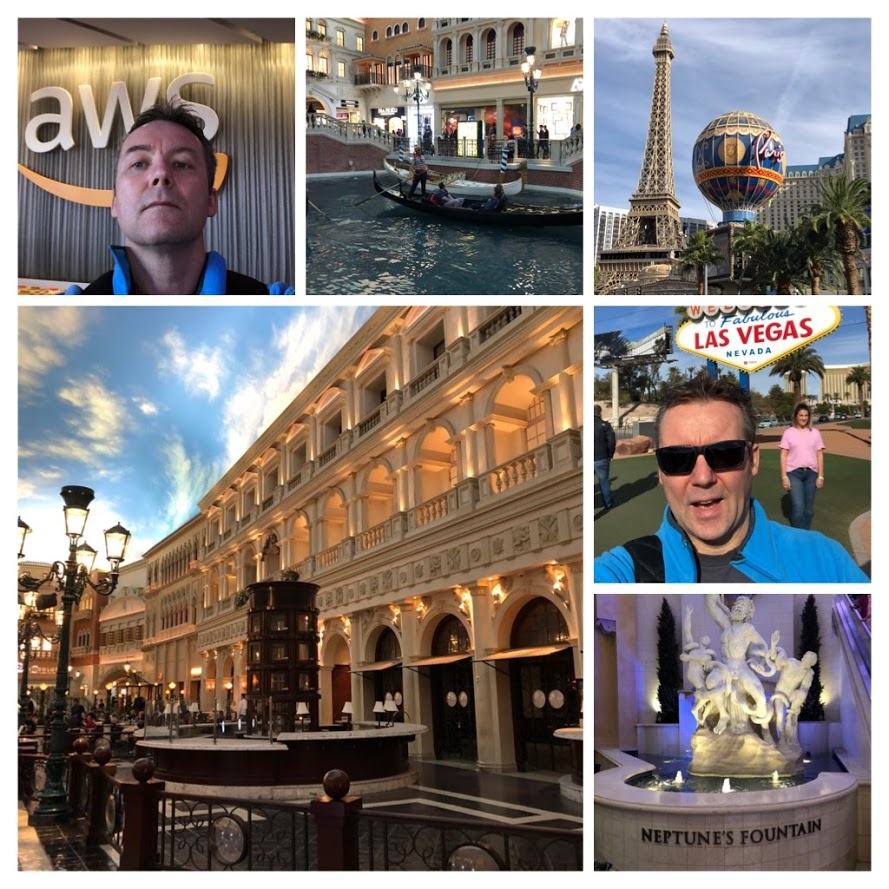 This weekend I have returned from visiting my first AWS re:Invent. This seventh edition was (as always) held in Las Vegas – aka Sin City as it caters for the many vices people may pursue. Needless to say I have been a good boy and only indulged into drinking a few beers …

I am very grateful that my employers have made this trip possible as a means of expanding my horizons, which up till now have been mostly focused on on-premise Oracle products (SOA Suite and Service Bus), into a more future-proof environment like the AWS Cloud. At my company, we have an excellent office management staff who take their jobs very seriously and just seem to be there to alleviate all the stuff necessary next to your regular work. Hence, after the approval, the entire booking process for the event, hotel and flights has been almost a “fire-and-forget” experience, albeit in the good sense: after I had indicated what I would like regarding my travel plans, they have taken excellent care of this and made arrangements accordingly on my behalf, so ladies (particularly Zjoske & Rhelinde): it is very much appreciated and I think you deserve the kudos as it let me concentrate on my regular work at the customer!

A small annoyance for me was that there existed no direct flights from Amsterdam to Las Vegas, so my 17 hour travel plan on the way in had a three hour stopover in Washington. Upon arrival at Las Vegas, I was amazed to be greeted by a bunch of slot machines on my way to immigration. Over here, it is literally possible to keep on gambling until you arrive at the gate: 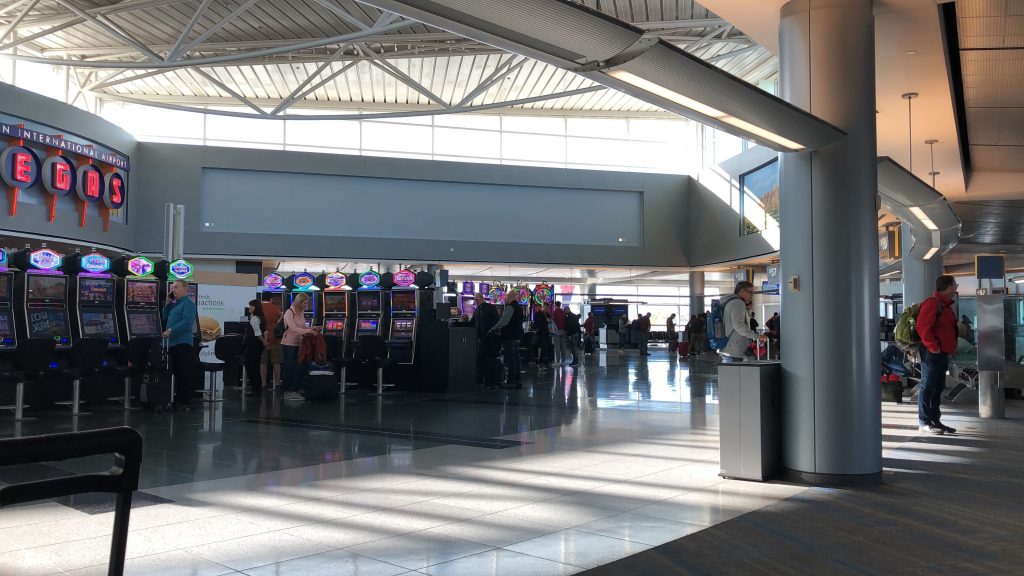 My biggest annoyance of travelling to the US must be the procedure at the DHS, the Department of Homeland Security. It takes so much waiting time, queueing up, filling out of entry forms, interrogation upon entry, taking your picture, scanning your fingerprints. Fortunately, I had already passed this tollgate in Washington, which was my port of entry into the USA.
So upon arrival in Las Vegas, there were no more formalities, except for collecting my luggage and then on to catch a SuperShuttle shuttle bus to the hotel of my choice.

Upon selecting my hotel, I had decided to go for a hotel off the Strip to avoid the masses of tourists and keep the price down as well (Dutch down to the bone!). Moreover, I liked the atmosphere of the hotel beforehand, which in my opinion is a little more rebellious than the other goody-goody options. Additionally, taking an off-strip hotel forced me to take a daily half hour walk to the strip which was a good start to burn some of the excess calories from over-indulging into the American Way Of Life: for once leading by example, I usually clear my plate as I always tell my kids to do. 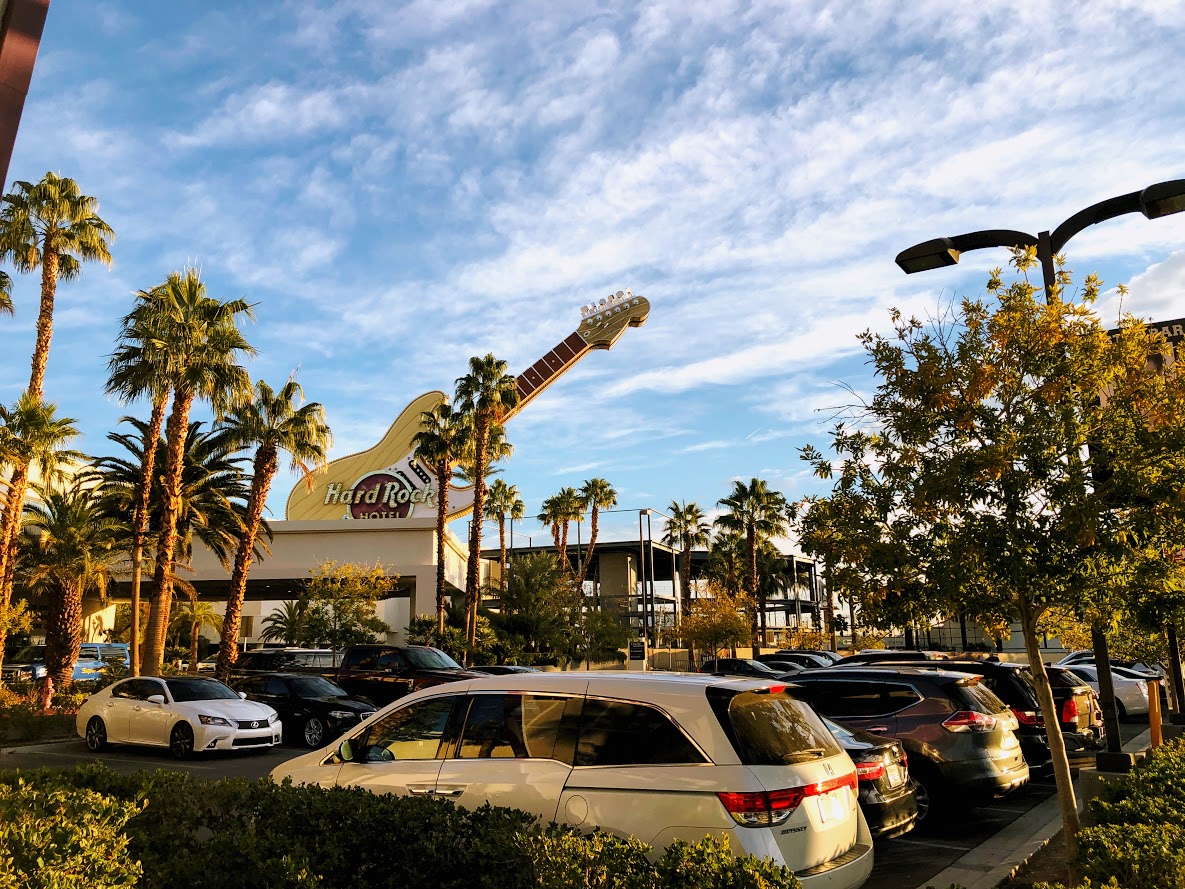 One of the good things about Las Vegas is that is is a 24×7 city, which is convenient when you arrive and still want to grab a bite. One of the restaurants at the Hard Rock Hotel was named after its famous signature dish, “Pink Taco”. As I am a sucker for street food like this, I decided to have one while drinking an IPA and watching an NHL Ice Hockey game by the Las Vegas Golden Knights. I was flabbergasted to find an Ice Hockey arena in this Nevada desert town! 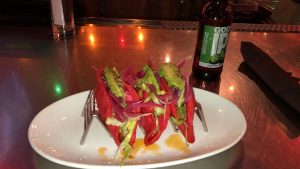 This was my “pre-conference” day where I woke up jet-lagged and very early, so I could be the first at the gym. After a hot and reinvigorating shower, I spend my day travelling around some Vegas Landmarks, completing registration by picking up my conference pass. Off to bed early, fighting sleep in the evening and jet-lag in the early morning. 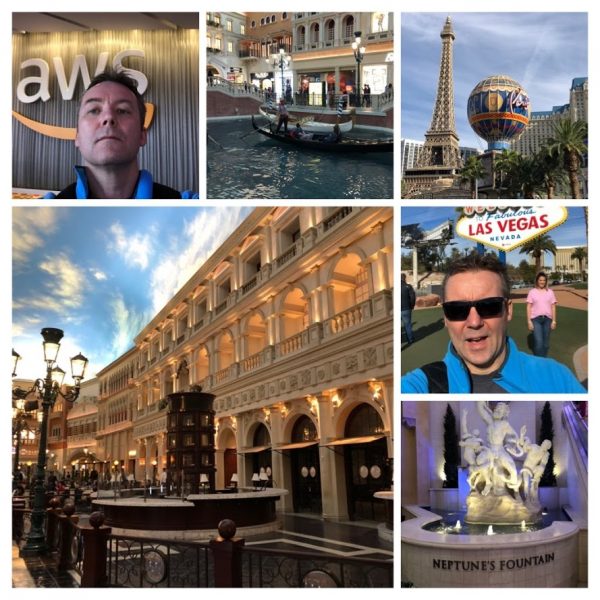 Although the original nickname “Tinseltown” (which I immediately associate with the Blue Nile’s great 80s song – Tinseltown in the Rain) refers to Hollywood, I could not suppress nicknaming Las Vegas as “Tinseltown in the Desert” … as soon as I moved off of Las Vegas Boulevard (“The Strip”), I was confronted with a view I had not expected to see: adverts for a gun show, a bad state of roads, abandonned building sites and two-bit parking lots – apparently that is the world behind all this glitter, glamour and gambling: 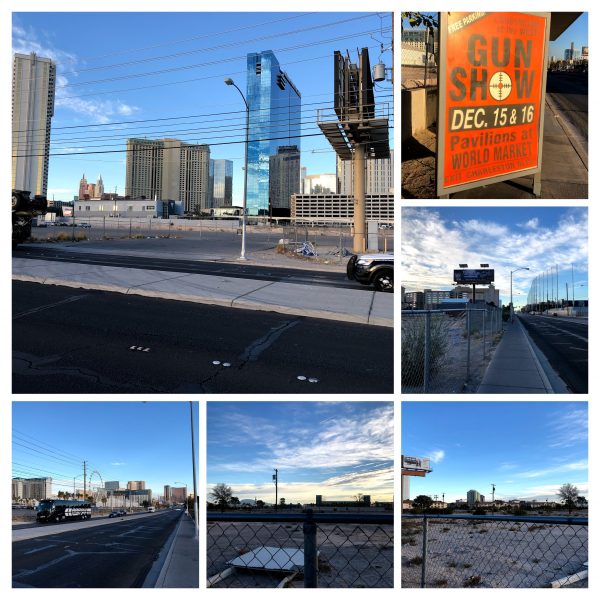 Tinseltown in the Desert

Now, on to the actual content in my next blog!